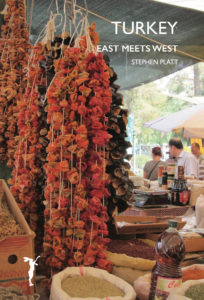 The city of Van in Turkey is on the silk road in eastern Anatolia. It was hit by an earthquake on Sunday 23 October 2011. People died and many more made homeless. I went there a year later to see how well the city was recovering. 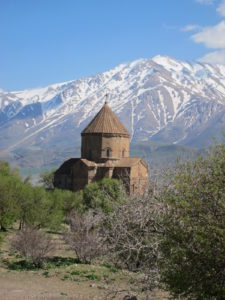 Scharlie came for the first week in Izmir, where we stayed with Bahar, a former PhD student of mine, and her parents. We visited the ancient Greek cities of Ephesus and Pergamon and went shopping and swimming in the seaside town of Força. 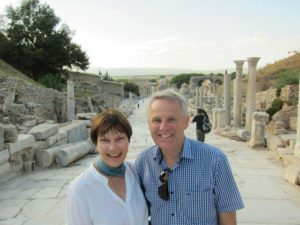 Bahar tells us about her dilemmas returning to Izmir after 6 years in England. Should she settle in England or back home in Turkey? Who should she marry?

The earthquake in Van and Ergiş

In Van and the nearby town of and Ergiş, with the help of a guide, Harun, I saw the signs of severe damage. I also interviewed local Governors, urban planners, engineers, geologists, business people and residents, I asked them what is being done to boost the economy, deal with social problems and to plan the future of the region and the city.

I recorded my conversations with Harun on religion, the decadent west, women and gambling.

On my weekend off I hired a car and drove north up the Armenia border, passing the great snow covered Mount Ararat, the fabulous Ishak Paşa Palace and eventually reaching Kars, the city featured in Orhan Pamuk’s book ‘Snow’.  Leaving my hotel at dawn to drive to Ani, the ruined medieval capital of Armenia, I had a hair-raising incident with an enraged Kurdish mob. I had hit a black van with dark tinted windows with my wing mirror and its owner chased after me and finally blocked my escape in the market place. But all ended well when the crowd realised there was not a sign of damage and he was only trying to extort money out of me.