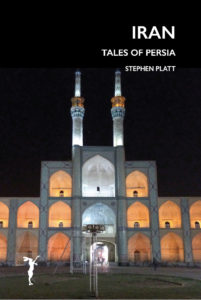 I visited Iran twice: in January 2014 and May 2015. My aim was work related. On the first visit I went on field trips to Manjil and Bam, two cities devastated by earthquakes (in 1990 and 2003). I wanted to see how they were recovering. 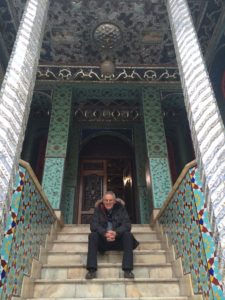 But I also wanted to visit friends and see the sites. Over the years I have had a number of very good Iranian students, many of whom have encouraged me to visit their country. In 2013, on a mission to Japan, I met a young Persian girl who invited me to state with her family – the Mahdavians.

On both occasions it was difficult to get a visa. I had to go to the Iranian Embassy in Istanbul and then to a police station in Tehran to get them extended. This is because of sanctions and the lack of diplomatic relations which impose enormous hassle and hardship on ordinary Iranians.

Iran is the second largest country in the Middle East and has the largest population, approaching 80 million.  Iran has always been of geo-political importance because of its central location in Eurasia and its proximity to the Straights of Hormuz.

It has a long history and many important historic sites. Persia is one of the oldest civilisations in the world dating to over 3,000 BC. Persian had two great periods of empire. The first was during the Achaemenid Empire founded by Cyrus the Great in 550 BC, when the empire stretched from Turkey to Pakistan and the main religion was Zoroastrian. The second was under the Safavid dynasty from 1500, when the country was Islamic.

I visited famous sites from both of these periods – Persepolis, destroyed by Alexander the Great, and Isfahan, Shiraz, Yadz and Kerman. Iran is mountainous with dry central deserts and lush green countryside to the north and north west. And I visited both, climbed mountains, went skiing and paddled in the Caspian Sea. 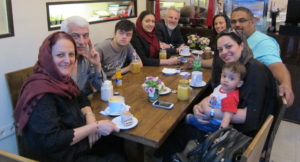 On both my trips I stayed with the Mahdavians and they looked after me and showed me round. It is a great privilege to see a country through the intimate daily lives of its people and am most grateful to Abbas, Nesrin, Farnaz, Iman and Sarnaz for their loving hospitality. 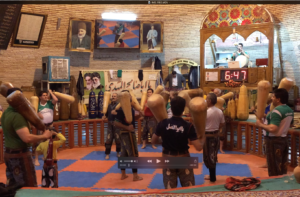